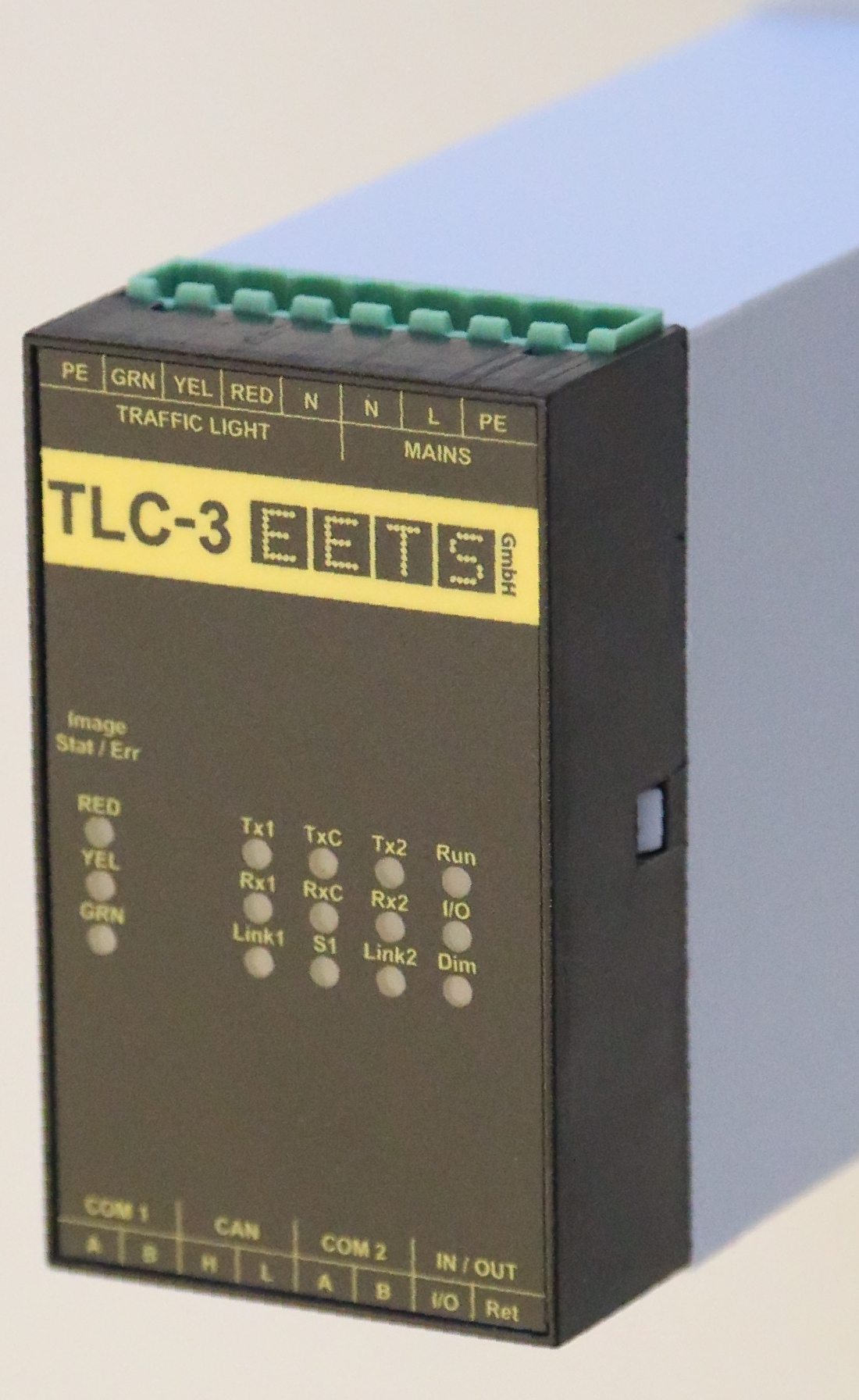 The traffic light controller forms a standard connector between a modern, serial signal control and conventionally controlled LED traffic lights. The TLC-LED can control up to three LED traffic light inserts which corresponds to a three-chamber traffic light. If supported by the LED inserts, brightness can be reduced by a single-stage voltage reduction. The serial EIA-485 interface as well as all other incoming and outgoing lines are galvanically isolated and protected against overvoltage. Data communication is based on the TLS-Protocol 2012. During operation, the electrical load is permanently monitored and detected defects are reported.

The TLC-LED can be extended via the CAN bus with digital I/O modules (IOC-002), with which e.g. an additional parallel interface for project-specific emergency operation or local operation can be realized. A second, full-value control path can optionally be realized via the second serial interface.

The test and communications software TLC Master allows testing and demonstrating of the functions of the TLC-LED, configuring the OSI2 address as well as performing a firmware upgrade if required.